Plexr – see how it removes wrinkles around the eyes, removes droopy, saggy eyelids lift without surgery

Plexr is an innovative tool in aesthetic medicine, with many applications. The main indication for the plasma device is upper and lower eyelid lifting (non-invasive blepharoplasty), lower face lift, treatment of deep wrinkles around the eyes and around the mouth (so-called smoker’s lines), removal of lentigines and resistant hyperpigmentation, removal of skin lesions, such as: angioma, flat warts, xanthelasma, seborrhoeic warts, fibromas, actinic keratosis and treatment of scars and stretch marks.

You use anti-aging prophylaxis and you perform treatments in the field of aesthetic medicine that improve the quality of your skin? However, you still see that the drooping eyelids cause your face to look ‘sad’, and the falling corners of the eyes add years to your appearance. These natural aging processes cause that we lose a youthful facial expression. In addition, many people experience discomfort due to excess skin on the eyelids, avoid surgical intervention due to fear of surgery or fear of possible complications and long-term recovery. Aesthetic medicine has already found a solution. No fillers, no needles and no scalpel! Check out Plexr double eyelid surgery in our Clinic in west London and Birmigham office. Visualization © Eskulap.co.uk

Call our reception today to book your consultation.

Plexr is a novelty that allows a non-surgical eyelid, face and body lift without the use of a scalpel! 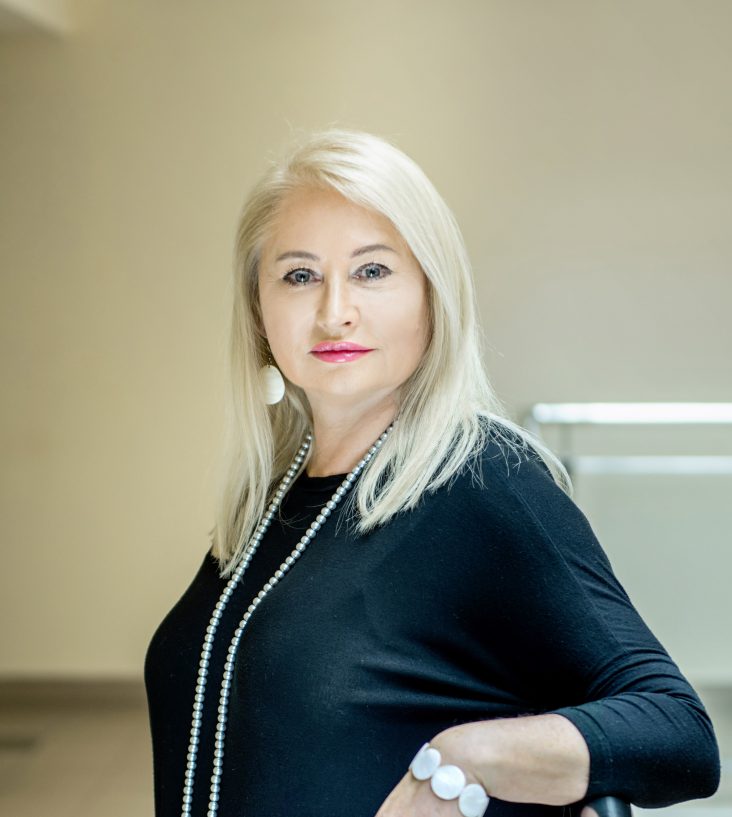 Droopy eyelids, lifting the area around the eyes and lips, smooth out wrinkles and treat hyperpigmentation.

Non-ablative surgery – as the name of this technique suggests – does not use a scalpel or laser energy to remove excess skin, which eliminates many possible complications of such interventions.

At the Aesthetic Medicine Skin Clinic Eskulap London and Birmingham office, the Plexr technique is used for double eyelid correction and is defined as a dynamic method, because it allows full control of the operator during the procedure. It allows to observe the effects of the treatment in real time. The operator may ask the patient to close and open the eyes during the procedure and can observe the effects of their work. Is called the non-ablative technique because it is carried out without removing structural skin, without breaking the durability of the dermis and without removing excess fat.

The added benefit of doing the upper and lower eyelid lifting is the reduction of forehead wrinkles. After saggy eyelid lifting less weight and less excess skin is pressing down on the eyelids which in turn is relieving tension on the forehead muscles that want to pull the skin up – causing the forehead to ‘work less’ and to smooth out the wrinkles. Call today to book your consultation 07747474755.

Special preparation before the procedure is not required. Treatment will be preceded by a consultation with a medical professional. The procedure consists of making small points on the surface of the skin with the plasma generated from the PLEXR device. Each of these points causes sublimation (evaporation) of superficial corneocytes without damaging the basal layer of the dermis, without bleeding and most importantly, without causing damage and necrosis of the surrounding tissues. A typical procedure lasts less than 20 minutes, and spot scabs with a diameter of approx. 0.5 mm are visible for 4 to 7 days.

An important element of any therapy using an energy source is its security aspect. In the case of PLEXR, the most important element was the development of a source of energy, provoking the creation of plasma so that the current does not flow neither through the operator performing the procedure nor through the patient undergoing surgery. The key here is the production of specific power frequencies of plasma bursts that are guarded by a patent. This is an extremely important step in the development of this type of technology and is an important aspect of the safety of therapy in patients who can not be treated with devices that cause the flow of current through their body. It is also important that when performing eye surgery there is no possibility of nerve damage because no current is flowing through the patient.

What is plasma in the Eyelid lifting treatment?

Plasma due to it’s specific properties is called the fourth (next to gas, liquid and solid) state of matter. During the operation of the micro plasma beam on the patient’s skin, the external layers of the epidermis sublimate – evaporate, which causes a improvrmrnt in skin tension in the treated area. The effect of this action is to shrink the excess sagging skin in the treated area, which in turn leads to raised eyelids and wrinkles reduction.

In contrast to other techniques, plasma used in PLEXR does not cause inflammation of surrounding tissues, because its action is limited to the boundary of the basal layer. PLEXR does not cause bleeding and necrosis of surrounding tissues. These observations were confirmed in histological examinations of tissues treated with PLEXR device. Thanks to this, PLEXR does not exclude patients from everyday activities – the makeup indicated by the doctor is enough to cover the treated areas during healing.

Researchers from the University of Medical Sciences in Rome in 2005 began working on the development of plasma micro generator technology and its use in non-surgical upper and lower eyelid surgery – blepharoplasty and treatment of wrinkles resulting from sagging skin laxity in various areas. PLEXR appeared on the Italian market in 2010. Since then, the mycoplasma technology has been constantly developed and improved under the guidance of professors from international Medical Universities.

As a result, a fully “mature” product has emerged that perfectly combines the effectiveness of treatment and safety, providing patients with optimal therapeutic effects without excluding them from everyday activities.

PLEXR is a plasma generator that produces a controlled and targeted plasma energy thanx to ionization of gases contained in the air. Plasma is created between the tip of the device and the skin of the patient thanks to the small electric arc, which in a controlled way is able to sublimate the skin and shrink, tighten the skin which results in reduction of droopy eyelids raised eyelids and the effect of a fresh opened eye look.

We use Plexr in such skin problems as: skin dyschromia, blemishes, hyperpigmentation, smoker wrinkles around the mouth. Acne scar correction, reconstruction of tissue, biostimulatiion plasma effect. Plexr is not only used during the lifting of the eyelids surgery but also correction of folds and wrinkles around the ear and mouth.

Over 5 years of clinical trials and observation of thousands of patients showed that by using this non-ablative technique, we can achieve the desired skin tone around the eye and consequently eliminate skin folds and mimic wrinkles.
PLEXR as non-ablative dynamic sublimation blefaroplasty is a great alternative to traditional surgical methods, mainly due to the excellent aesthetic effects, but also because of the patient’s comfort during the treatment and during the healing process. PLEXR gives optimal clinical effects, the procedure is simple and safe for patients, and – which is worth checking – leaves no traces of surgical intervention.

Facial peel is used to smooth out wrinkles and to lighten up skin tone. You can use it at home. Pores reduction in London and Birmingham.

Facial threads can be used to lift cheeks sagging jowls and skin. Thread lift is used for face, eye and brow lift. London and Birmingham.

Enter your phone number and our consultant will call you back …

How does Plexr work? – Eyelid blepharoplasty without surgery

The procedure consists of making small spots on the surface of the skin with the plasma generated from the PLEXR device, each at a distance of about 0.5 mm one from the other, allowing to maintain perfect plasticity in the movement of the eyelid during the procedure. Each of these points results in sublimation (evaporation) of superficial corneocytes without damaging the basal layer of the dermis, without bleeding and most importantly, without causing damage and necrosis of the surrounding tissues.

Over 5 years of clinical trials and observation of thousands of patients showed that by using Plexr non-ablative technique, we can achieve the desired skin tension around the eye and consequently eliminate skin folds and mimic wrinkles.

A typical procedure lasts less than 20 minutes and after the treatment scabs with a diameter of approx. 0.5 mm last for 4 to 7 days. The treatment of drooping eyelids can be performed 1 to 3 times at intervals of 60 days, depending on the severity of the problem. Clinical studies and observations of patients undergoing this therapy show that the therapeutic effect lasts from 2 up to 4 years.

How long does the result last after lifting the eyelids with Plexr?

The effect is visible immediately. Depending on the condition of the skin and individual patient characteristics, the effect lasts up to 2 years after the procedure. If there is a lot of sagging skin treatment can be repeated 5 months after the first treatment.

Find a treatment suitable for you … Type in your concern…

How much saggy eyelid lifting costs?

At our Eskulap Clinic in west London and Birmingham office we offer sking lifting for sagging droopy eyelid correction. The price differs depending on the area. Upper or lower eyelid lift costs £300 but when done during one treatment both the upper and lower blepharoplasty without surgery costs £500. You can view the full price list HERE.

For the sake of your safety and well-being, in the clinic each treatment is preceded by a consultation. During the consultation before the procedure, each patient must inform the doctor about all their current and past medical conditions, the medicines they are taking or receiving and the state of their health. During the consultation, a treatment will be chosen especially to suit your needs. Only a physician and qualified staff with medical education may perform treatments in the field of aesthetic medicine. Consultation before the procedure will dispel all your doubts and fears.

Plexr - Eyelid lifting results before and after

Treatments Before Your Night Out at Aesthetic Medicine Clinic

Are you a fan of Sam Heughan?

Collagen and PRP injections Before and After

Hifu Facelift Treatment Before and After

How to choose Sun Cream for You and Baby

How to sweeten to be healthy and slim

CBD Cosmetics in your Garden

So Surgical Masks Do Actually Work?

How to make Hand Sanitizer

Botox is good for everything

Is aesthetic medicine something to be afraid of?